Parme Trans was founded in 1997 on the basis of the transport and logistics structure named Meoni Parsek AS and immediately became a member of the Estonian Organization of International Carriers (ERAA).

In 1998 we were accepted to the Estonian Camber of Commerce and Industry due to our accurate coordination of transport and reducing delivery times.

The rolling stock of Parme Trans is constantly updated. The age of our trucks does not exceed 3 years. All trucks are equipped with most modern navigation equipment and satellite tracking system enabling to determine the location of a truck with up to 1 meter accuracy as well as communication means.

We got the opportunity to launch cabotage transportation within the EU countries and between EU ports in May 2009 after Estonia joined the European Union. This event resulted in disappearance of CEMT permit.

We were accepted to the Estonian Camber of Commerce and Industry in 1998 due to our accurate coordination of transport and reducing delivery times. In December 2009, Parme Trans received a certificate from the Ministry of Interior of Great Britain. The document proves that the company fully complies with all the standards and requirements imposed on transportation enterprises operating in the territory of the United Kingdom. We since confirm our Home Office accreditation each year.

Parme Trans also develop its own unique check-list system. The system prevents any attempts by migrants to illegally cross the English border, and also increases the level of cargo transportation safety.

All our employees undergo a special training in fighting migrant trafficking.

Over 20 years of cargo haulage in Europe Parme Trans has achieved significant results in developing logistics, and is currently considered a model transportation company. 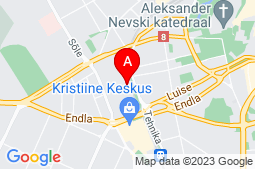